Cerebellar Hypoplasia is quite the tongue twister, and there are those that call it CH for short. Sounds good for now. 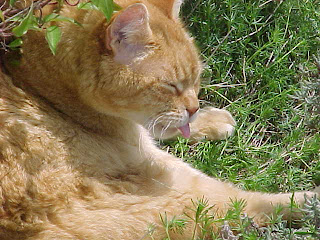 We had picked out our cat Pekoe one Saturday after my daughter's soccer game. I knew the woman with the litter from my volunteering at Canton Town Hall back then. I always wanted an orange tiger, and here he was. The following Monday morning, I got a call from her. The mother cat had died and she didn't know what to do with the six kittens. She had to go to work. Could I get mine? They were only four weeks old! I drove to her house and they were so tiny. They easily fit in your palm. I decided to take two for the time being to hopefully have them keep each other warm. 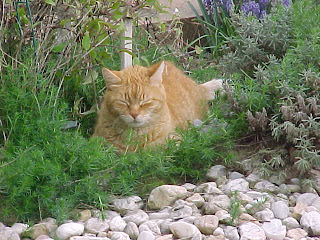 It turned out that my vet lived next door, and he had been called over when the cat started looking ill that Sunday. As he examined her, she gave him a nasty bite. When she was found dead the next day, he suspected rabies, and sent her head to the labs for testing. For two days we also had to worry about it, as we had played with the kittens, and it was possible that they had it too. Any little scratch could pass the disease. The results came back not as rabies, but distemper. As it turned out, the woman had never inoculated her cats. Of the six in the litter, two died within the next few days.

It was a long two weeks, but we kept them both alive by feeding them baby food, and when they stopped eating, forcing warm water in them and massaging them. Being able to put them in a shirt pocket as you went about your day, did make that a bit simpler, and having everyone eager to help was good too. I remember taking them to a soccer tournament in Massachusetts. We had a team of girls holding them then.

The second kitten(Rambunctious) had already been promised to another person, so at seven weeks, when they both seemed quite healthy and independent, we gave Rambo to his new owner. Within a few days, we noticed that Pekoe would be eating and then be lying on the floor for a moment. Then we heard more regular bumps, especially when he was eating or drinking. Then we watched in horror as he seemed to seize and flip backwards. After these events became more regular and severe, we called the vet, thinking this was a death sentence for the cat. After all our work to keep him alive, we were going to have to put him down. He seemed to be suffering and confused with what was happening to his body. We were in tears.

Our vet then, Dr. Tom Morganti, in Avon, CT, had worked in a city clinic where he had seen this problem before. He explained CH to us with the information very like that in the Hartwell article below. The problem was a result of the mother cat's distemper passing to the kittens He said that it wasn't fatal and that the kitten would learn to adjust, but could have many problems. He told us about how the cats sit differently, have vertigo, coordination and depth perception problems, and that it would not go away, but he would learn to deal with it. Although references say it doesn't get worse as they get older, our kitten was getting the symptoms a few weeks after birth, and so he was going from normal to severe in the course of days. He did not know what was happening to his body, and was still trying to leap and play as before. His depth perception was horrendous. He would try to go down one step with a huge leap and go crashing into the furniture and brick hearth. He has bloody eyes, broken teeth, and I am sure, cuts and bruises, before he learned to adjust to the condition. He could only stagger. He looked like the most drunk thing you ever saw (still does). We had to adjust the type of litter we used and put a liner on the surrounding walls and floors, as he would "miss fire" with his lack of co-ordination. That also meant at first daily baths; then weekly; then monthly, to just occasionally.


After a year, Pekoe was under as much control as he could muster, and was a very clean and happy boy. That he was so handsome, probably made us and others put up with his problems more willingly. He certainly was a lesson to us in disability. He also was a guest at two high school biology classes studying the nervous system during my daughter's 9th and 11th grade. He was a doll to take to nursing homes because he loved being cuddled, and you didn't have to worry about him running away. He couldn't get far fast! Each time we stopped at Dr. Morganti's office, Pekoe would be introduced to another person to learn about CH. I must say that Pekoe would not be here had it not been for Morganti's honesty and encouragement, and I am amazed he has lived this long with all the falls he has had. 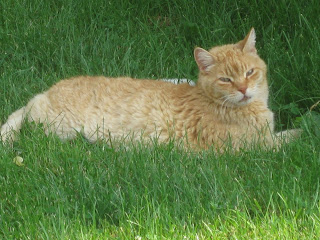 The above link I think has the most true information to my situation with Pekoe. Find it under the Spastic (Cerebellar Hypoplasia) Cats heading. My cat would love to be a hunter as mentioned in this link, but that will never happen. He is lucky to have the barn cats these past two years, that leave their remnants and kills for him (I really think me) at the door so that he can share. 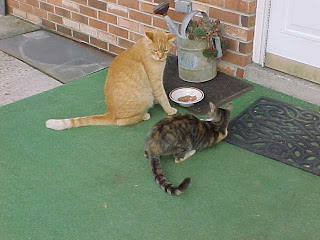 This page below is probably the best I found with clips and stories and videos.
http://hubpages.com/hub/Cerebellar-Hypoplasia 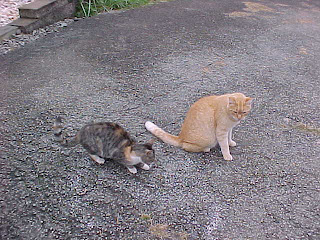 Some of the information I disagree with here. Our Pekoe has been an in and out cat all his life. He is always in at night. Somehow he has managed to intimidate all but one dog that he has confronted. Luckily we were there to intervene, although Pekoe was doing a pretty good job already. If we do not let him out he will wail LOUDLY, no matter the weather. He has his routine and he likes it. Now that he is 11 1/2 years old, we think he is having a harder time with steps. He claws his way up and down the carpeted ones. He does fall all the time, but I compare him to an athlete that trains for this, and so he is used to it. He is like a wrestler that knows how to fall and roll with it.
Pekoe has been tough on some bedding and furniture as he pulls his way up, so he is only allowed in certain places now, but he still has a lot of freedom. Many people come to the door and tell us there is something wrong with our cat, and we smile and explain. He is not suffering or in pain, he just has cerebellar hypoplasia.

These cats are often put down because they can look scary, and there are enough "able" cats to adopt, but having a cat like this can be a great learning experience. If you ever have the rare opportunity, think about it.

Below are videos showing how Pekoe works at eating. In the future I will try and get one of him on the steps.

VIDEO OF PEKOE EATING OUT OF A BOWL


VIDEO OF PEKOE EATING DRY FOOD LYING DOWN AND SCOOPING 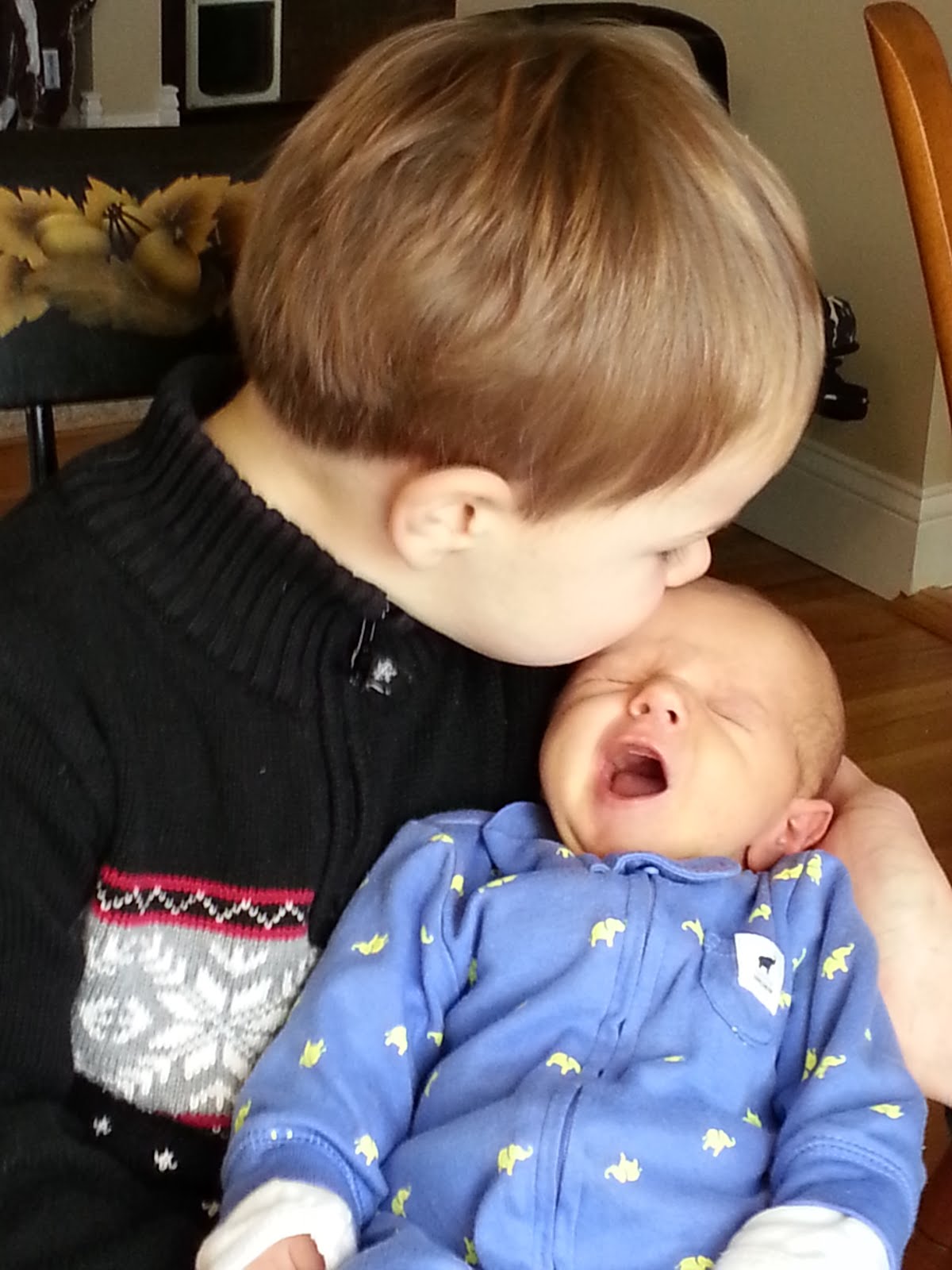 Give Jock a bone 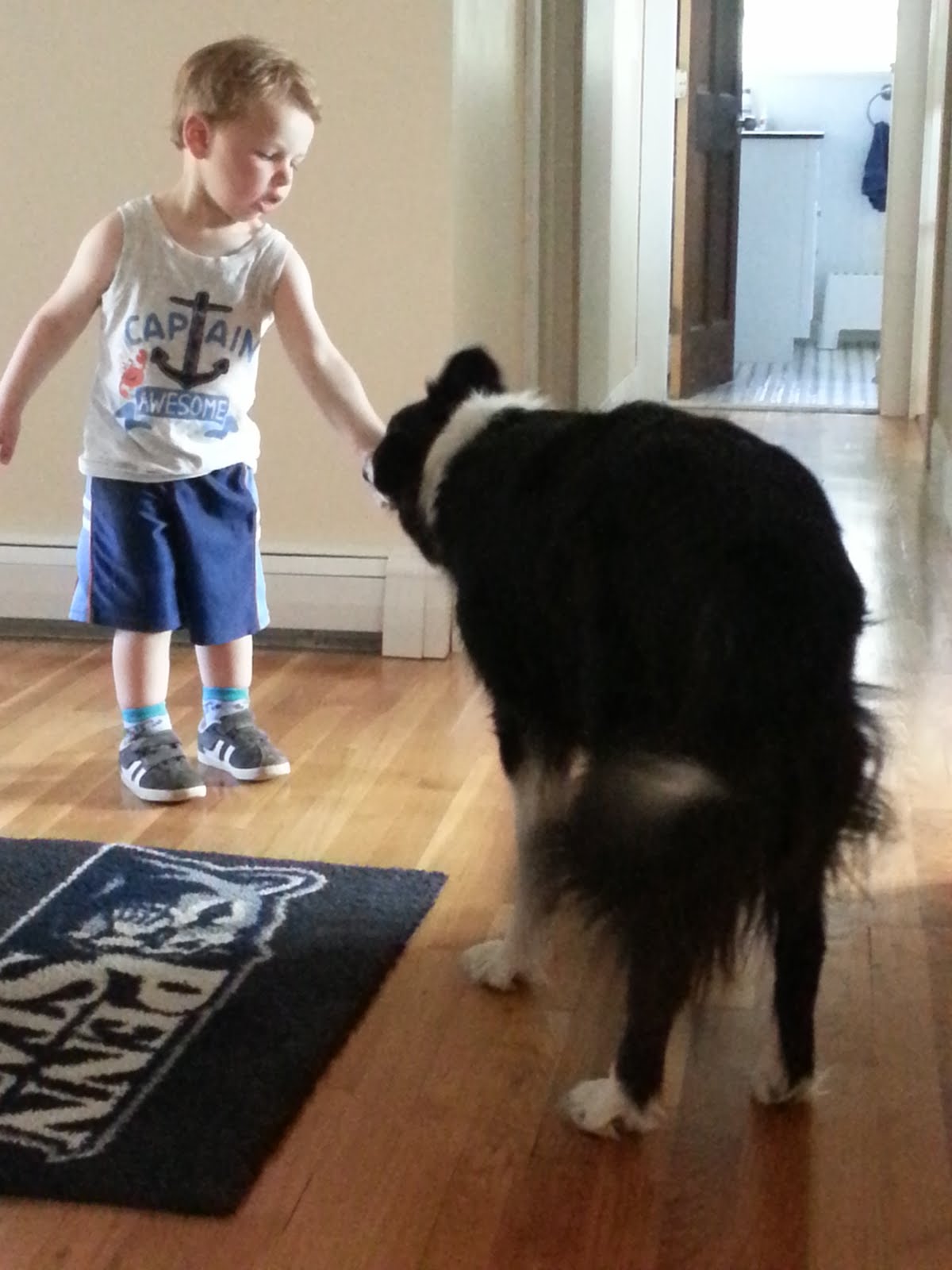 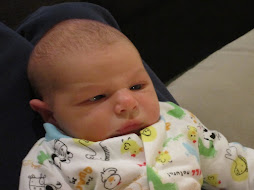 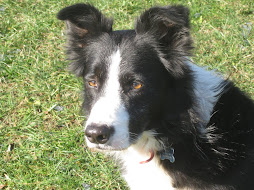 WELCOME TO ON THE POND FARM

The blog is really notes to my friends, old and new, to let you know what's going on in our lives. Its also a diary of sorts for myself. It started at the farm in Ligonier, PA, hence the name, but now life and work has moved us back to Connecticut,

I've always taken lots of photos and sent postcards from everywhere we travel, just to keep in touch. Email took over and then the digital camera.

Instead of me plugging up your email, you can check in when you have the time.

And yes, another town with the same problems as any other!!!

Please enjoy and let me hear from you...really~ 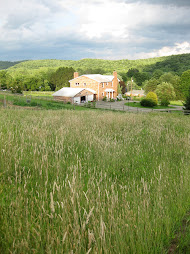 A crack in the storm clouds spotlights the farm 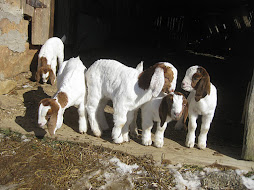 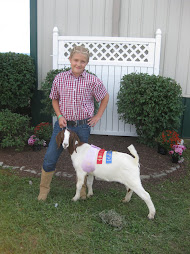 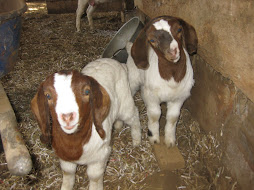 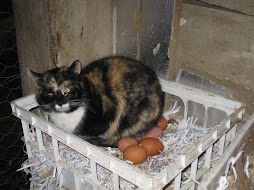 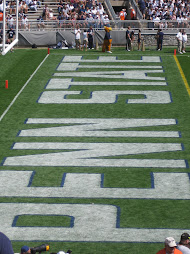 I know a lot of people know English much better than we know any other language, but for those that want some help, me included, I'm trying this translator.
Please leave a message to let us know where you are viewing from.
Ciao!

Deere Driver
Always a volunteer; in my last life a goat farmer; and now back to teaching. Penn State Art Education and UConn MBA grad.

Sites to inspire me 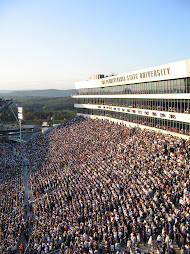 Sending in the play 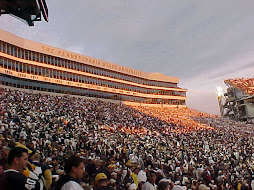 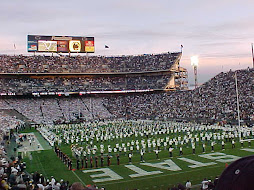 Halftime with Alumni and the 2008 Blue Band 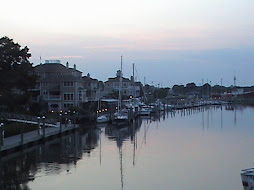 On the drawbridge over the Lewes Canal 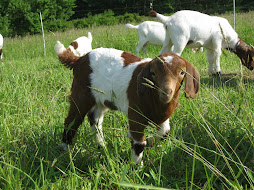